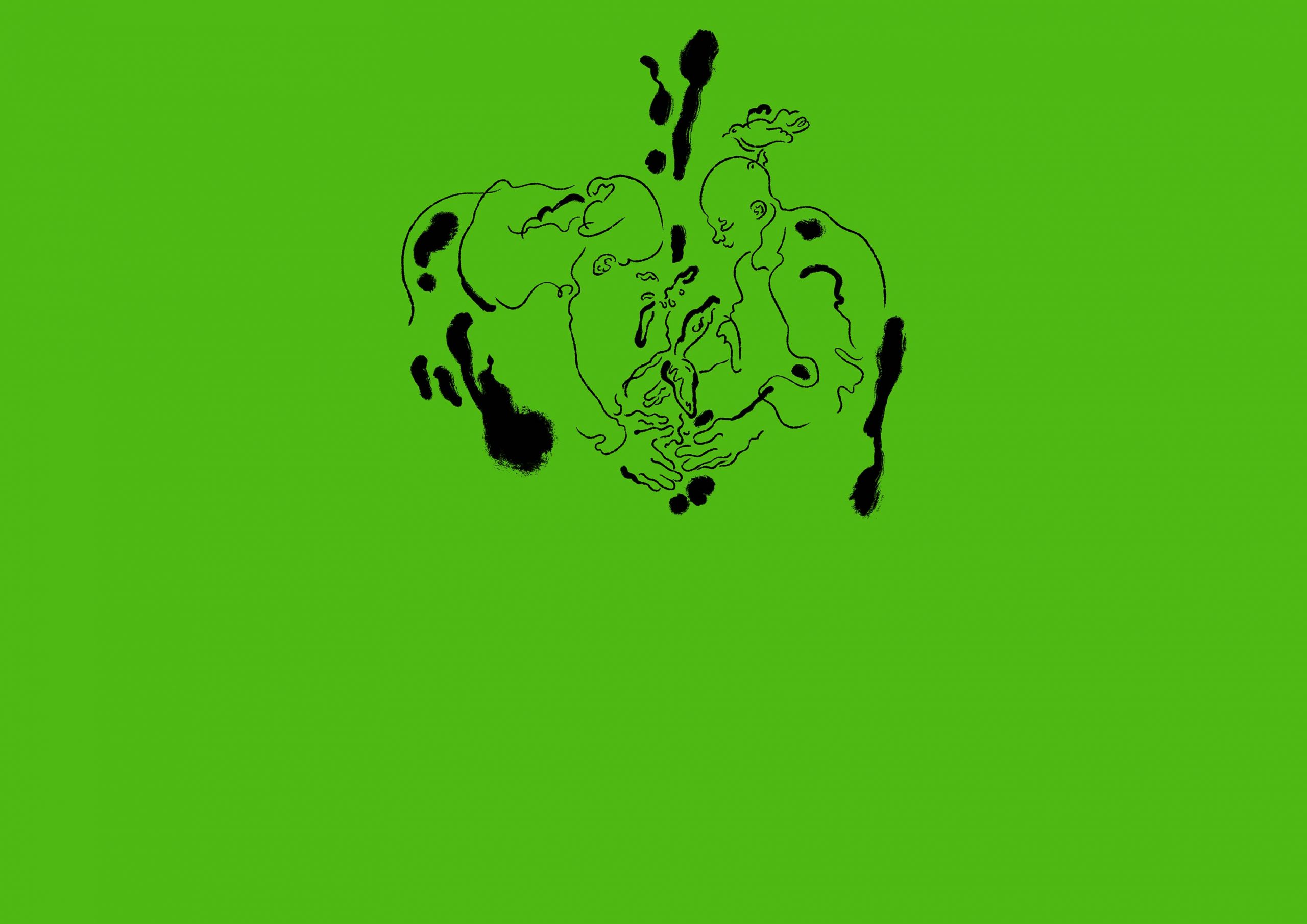 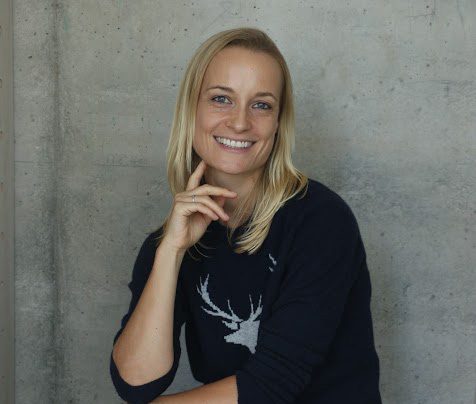 The brief on COP26 and the Singapore context

By: Lilly Gilbert and Stella Matulessya 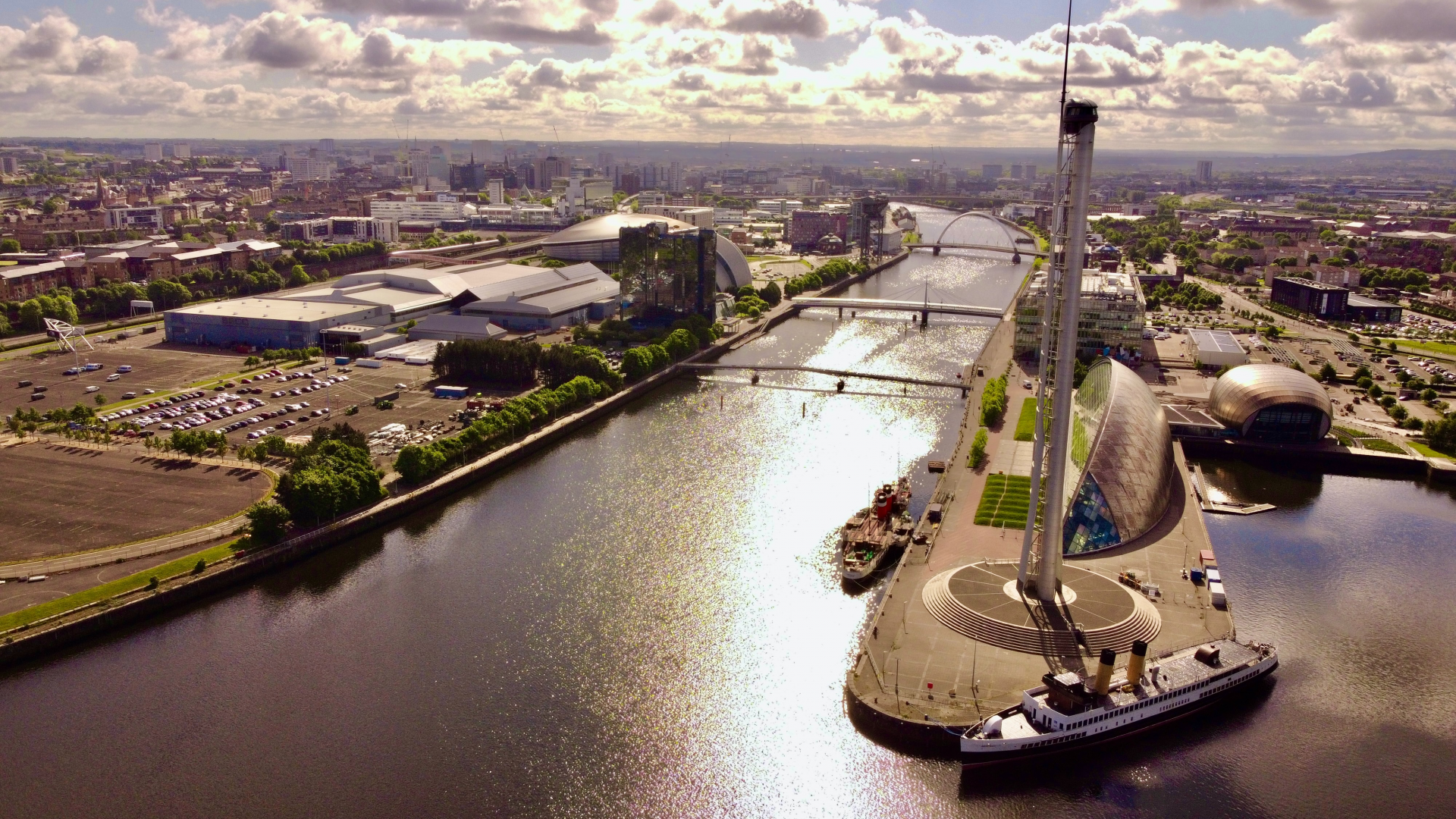 Let’s start with the brief

COP stands for Conference of the Parties.

The parties are the signatories of the United Nations Framework Convention on Climate Change (UNFCCC), consisting of 196 countries globally. This year’s COP is hosted by the UK, in Glasgow, and will be the 26th meeting of the Parties – hence the name COP26.

“What will determine the success of COP26?”

“There are four things to look out for that will determine the success of COP26.”

You may hear countries making a flurry of net-zero emissions announcements in the past couple of weeks – even fossil fuel-rich nations such as Australia and Saudi Arabia have made their pledges to reach net-zero emissions by 2050 and 2060, respectively. But these longer-term targets are no longer sufficient. At COP26 countries are asked to set more ambitious targets in the shorter term, to reduce emissions by at least 50% by 2030. The 2030 emissions reduction target is crucial to keep 1.5°C warming within reach.

Even if we reach the target of keeping 1.5°C warming by the middle of the century, some changes to the climate are already locked in and the impacts can be devastating, particularly for least developed countries and small island states. Therefore, at COP26 mechanisms must be agreed upon and placed to ensure that livelihoods, infrastructure, and agriculture in places vulnerable to climate change have a resilient future.

To make sure that globally we reach the target of net-zero emissions by 2050, at COP26 developed countries must collectively agree to mobilise at least $100bn in climate finance every year to developing countries.

The target to reach a net-zero emissions future and secure a brighter future for generations would only be possible if everyone works together and puts climate change as a priority. Partnerships and collaborations between governments, businesses, and individuals must be formed to accelerate action and meet the targets. 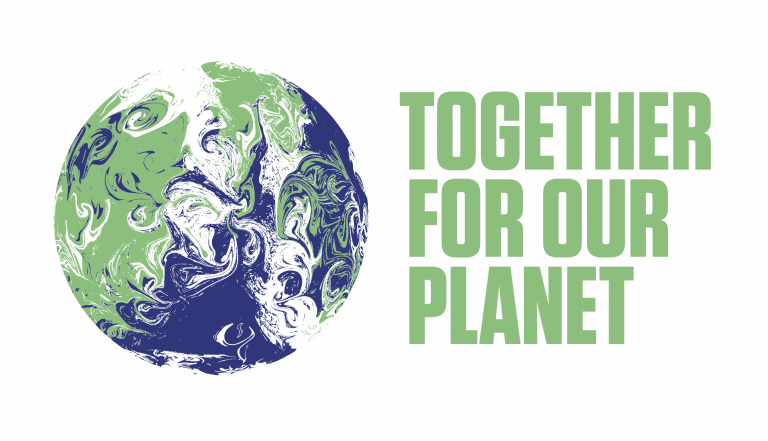 Read on to understand climate change in our local context. Singapore is a small country in terms of emissions, but it can make a big difference on the global stage. Singapore can lead by example and extend influence beyond its borders by exporting bright ideas & tech and by acting as a hub for entrepreneurs and investors.

Those in the know more often refer to climate change as the climate crisis now, why? As of August this year, scientists can unequivocally say that human activity is changing the climate and causing more severe and more frequent extreme weather events¹. And it’s turning into a crisis because unless we sharply turn around the warming within this decade, it will no longer be possible to stop those effects unpredictably escalating².

It’s going to get harder to live comfortably in Singapore towards the end of this century. Our average temperature could rise by as much as 4.6C and we’ll have more intensely hot and wet periods (a hotter atmosphere can hold more water so it rains more). Ask an uncle about the weather when they grew up and you’ll see that it has changed³. Not to mention that the waves at Tanjong beach lap up higher than they used to (1 metre higher by 2100!).

But extra heat just means turning up the aircon right? Lots of rain = book your Grab earlier? This isn’t just about adapting to the weather. Severe changes in the climate will cause things like mass migration: one study⁴ estimated that up to 10% Mexican adults could try to cross the border into the US because of lower crop yields⁵. That’s pretty severe supply chain disruption, which equals disruption to our lives right here in Singapore.

Ok we agree, crisis does now seem like the right word.

What can Singapore do about it? What can you do about it? Let’s face facts. Singapore emits 52 mega tonnes⁶  of carbon dioxide or equivalent per year. But given the whole world lets off a whopping 51 GIGA tonnes every year, we’re only 1000th of the problem. At 0.1% of global emissions, who cares what we do?

(Let me just say that because Singapore is a net importer, our terrestrial emissions paint a slightly rosy picture because in reality the things we consume, eat, drive and buy are mostly made abroad, creating emissions in other countries. And if we talk about per capita emissions, we start to look really bad).

What we change within our shores may not make a huge dent in the amount of carbon floating around the atmosphere, however Singapore is uniquely placed in Asia to lead the way by example. We can show how good policy and a committed public can drive down our per capita energy consumption, our carbon intensity⁷ and net carbon footprint.

We are also a city full of innovators and entrepreneurs who can access grants and funding to test and improve new ideas before exporting them to other countries, especially in South East Asia⁸. With inspiration and courage, our impact can reach far beyond these borders.

But doing that is hard if we aren’t getting it right at home. This COP is about transforming pledges into collective action. Let’s hope Singapore’s leaders can rise to the challenge and be bold, so that others follow suit. 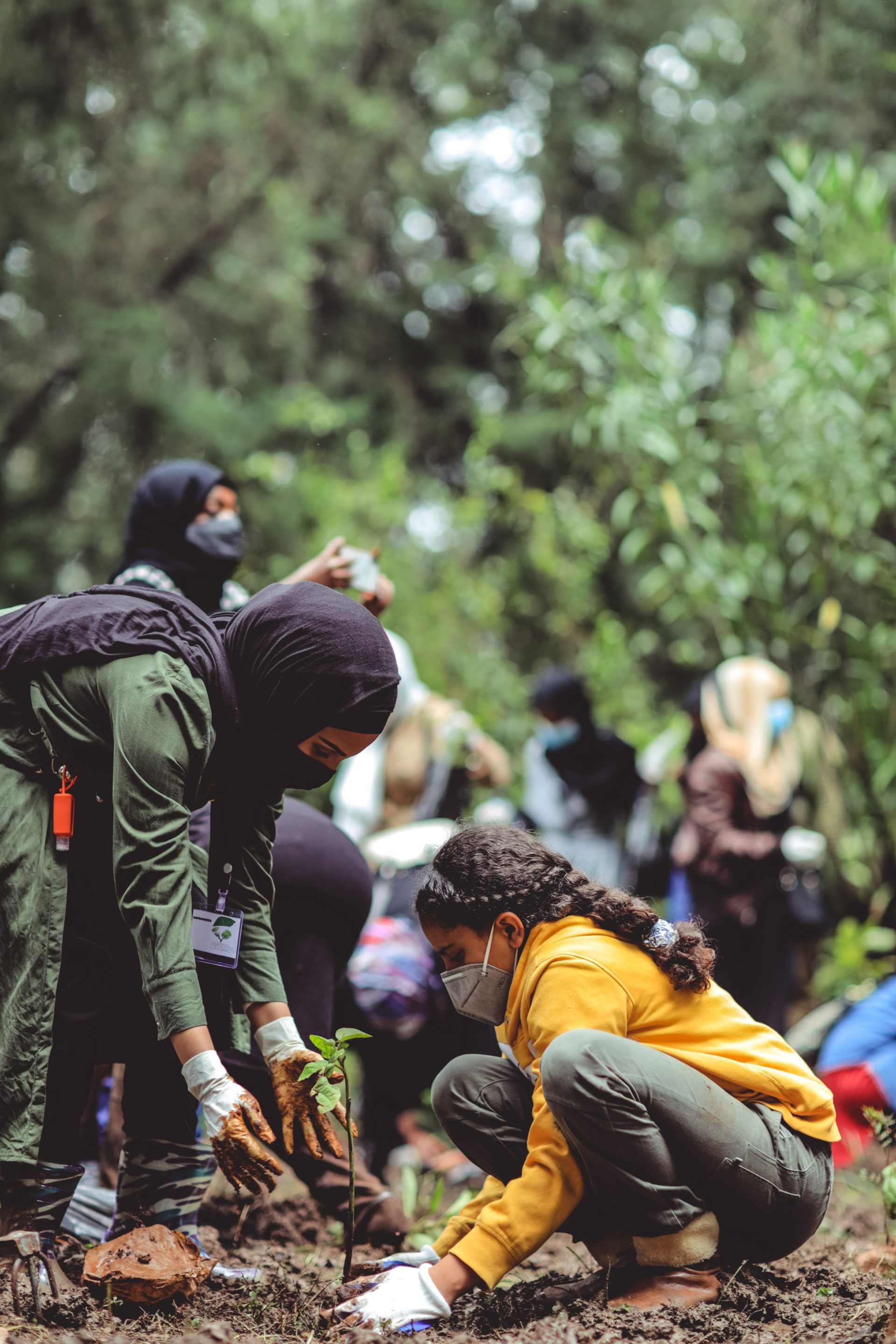 What is Mandala Club doing?

When we say we are a part of a community, it’s not just empty words

What is Mandala Club doing?

When we say we are a part of a community, it’s not just empty words

We really mean to make a difference to the broader community around us. That means operating as sustainably as possible; taking part in local grassroots philanthropy, supporting worthy causes that are close to our hearts and creating initiatives that have a transformative effect on our local communities.

In everything that we do, we champion sustainable ways of living and being. We wrestle with the significant economic, environmental and social issues facing our city and support proactive solutions.

Mandala Club is actively working with partners Green Steps Group, Climagap and Seven Clean Seas. By 2025, on behalf of our members, the Club will invest SGD 500,000 into philanthropic projects. We hope you will join us in our work. 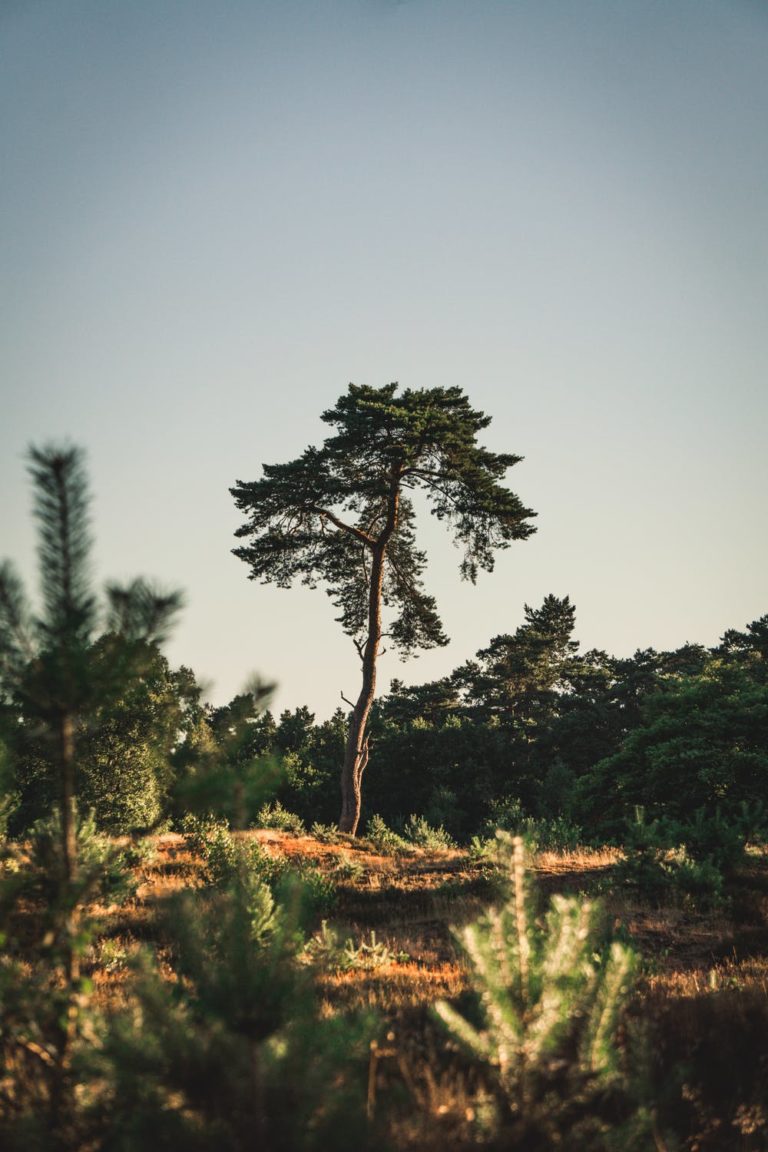